Send me, Grizzly Jim your message, and if all goes well you should get a response over the next couple of days.
9 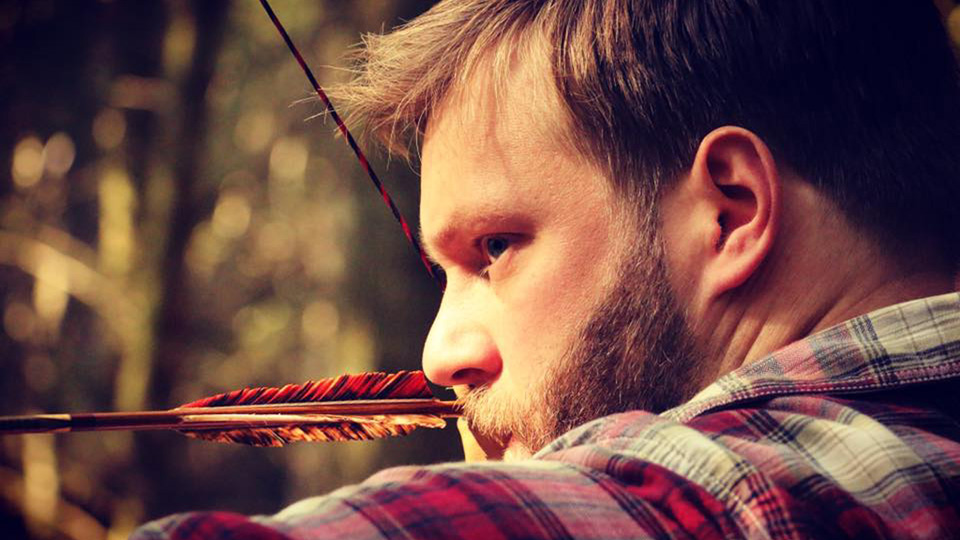 Now, It’s been a long time since I’ve believed in magic, since my dad would pull coins out of my ear, since believing in witches and wizards, and before we all needed to grow up. But every time you stand there looking at your target, staring at it, burning a hole in it, whether it’s an old rotting tree stump or a beautifully sculpted 3D, the feeling is the same. That feeling as you draw your bow, as time slows down, your breath hanging in the air, the slight creak of your leather shooting glove as you anchor, feeling the tension in your back and the tunnel vision as all that exists in the world is that spot dead centre of your target. Then the release, that perfect release, the one you’ve practised a thousand times before. As you watch your arrow arc beautifully through the air… and miss completely.

But you know what? That’s OK, that’s instinctive archery, and it’s rare for an instinctive archer to miss twice. You don’t have the crutches that you do with other forms of archery, it’s so uncomplicated, it’s just you, your bow and your arrows. It makes that time when you send that arrow down range and it hits dead centre feel like magic. The fact that you can just look at what you want to hit and let your body and your brain make all the mental calculations, then sink an arrow into it with the same precision as a compound archer is one of the greatest feelings you can get.

...that is the beauty of it all; it’s archery in its purest form.

Just like me if you already shoot instinctively, I’d be willing to bet you have probably spent more than enough time explaining to people at your various clubs what you are doing. “Oh, you must be sighting down the arrow” is one I hear a lot and, “ahh, he’s gap shooting” is another. It’s the look of pure disbelief on their faces when you explain what you are doing that makes me smile.

Certainly over here in the UK instinctive archers are in the minority, although that is slowly changing with a dedicated few diligently spreading the word, educating and encouraging people wherever and whenever they can. So it makes that feeling when you meet someone shooting instinctively out on a field course all the more special. There is this instant bond, a brotherhood knowing the only obstacle between you and your target, is you. The shared understanding that all you need is to be able to look at what you want to hit and have your body and your brain make all the calculations subconsciously.

That is the beauty of it all; it’s archery in its purest form. There is something so freeing just to be able to grab your bow and a quiver full of arrows and head out into the woods or local range, and just step out from your nine to five life for a few hours. All your stress and worries just seem to dissipate. I’ve lost count of how many times I’ve seen my compound and Olympic style recurve friends come in from a days shooting looking stressed and miserable. It’s just something you don’t see on the instinctive archery scene. Even if an instinctive archer is having a bad days shooting, and let’s face it we’ve all had those days where you couldn’t hit the broadside of a barn, they’ve still got a smile on their face. As a wiser man than myself once said: “a bad days shooting, is still better than a good days working”. They’re still just enjoying being out there shooting for the love of it.

...something changes in you when you start shooting instinctively, there is an itch that any other form of archery just won’t scratch.

Now instinctive archery isn’t for everyone, the amount of concentration and focus needed to maintain that level of accuracy over a whole tournament is immense. Even Fred Bear said, “Instinctive archers make terrible tournament archers” and I tend to agree when looking at it from a target archery standpoint, where your shooting arrow after arrow at a set distance. But when you’re in the woods shooting a field course your instincts come alive. Targets at different elevations, different distances, crouching down to make that perfect shot. It really embodies the spirit of instinctive archery.

Something changes in you when you start shooting instinctively, there is an itch that any other form of archery just won’t scratch. That need to keep pushing yourself to be better, that passion that keeps you going back to the range week after week. After all, you can’t learn to shoot instinctively in a day, it takes months and months of dedication and practice. But as you stand there burning that hole in your target and you let that arrow fly, as it arcs through the air and it hits dead centre, you know all that hard work and practice has paid off. You realise maybe there is such a thing as magic…